Affiliation of AI Technology for Enhancement of Future 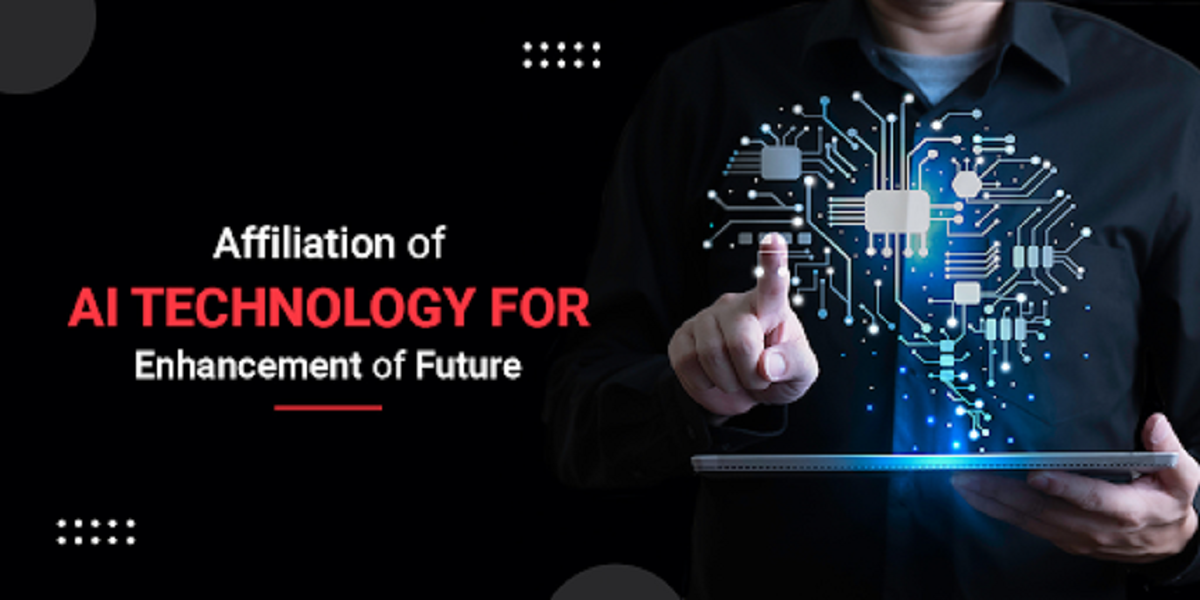 Artificial Intelligence or AI, so far, is the world's biggest and greatest technology invention. Every day there is a new show in the town about Artificial Intelligence across the globe. Furthermore, it’s being said that AI will have a huge impact on the world or humans than ever before any other technology. Nowadays, AI appears to be more and more in-demand. In addition to being highly in demand, it has also been on everybody’s mind and tongue for a long time. Everyone from every region of the globe has seen movies. Since that time, AI or robots have been very fascinating.

In this article, let’s discover the affiliation of AI Technology for the enhancement of mankind. But before a deep dive into “how AI can intensify the future”, let’s focus on the meaning of AI or Artificial Intelligence. It’s vital to understand the concept from the start in order to acquire a better understanding and outcomes.

AI, by definition, is the ability of a computer or robot to carry out the tasks associated with an intelligent being.

AGI - In artificial intelligence, general intelligence refers to an algorithm that functions exactly as a human would. As a result, these systems will build multiple competencies independently and form connections and generalizations across domains, greatly reducing training time needs. In the future, AI systems will have the same multipurpose capabilities as humans.

ASI - As AGI becomes by far the most capable form of intelligence, the development of Artificial Superintelligence will most likely mark the pinnacle of AI research. Apart from replicating human intelligence, ASI will be exceedingly better at everything it does because it will have overwhelmingly greater memory, faster processing and analysis, and decision-making capabilities.

How Artificial Intelligence Will Change The Future?

AI is reshaping the future of every industry and individual, virtually. Moreover, it has driven emerging technologies such as big data, robotics, and the Internet of Things, and it will continue to do so for some time to come.

In the future, AI and human intelligence will combine to develop new cybersecurity innovations, enabling a more efficient defense against rising cybercrime and hackers. Also, in the transportation and manufacturing sectors, artificial intelligence has a lot to offer. With AI, we can automate repetitive manual tasks and augment human decision-making.

Why Is Artificial Intelligence Important?

AI is a technological innovation that is extremely popular because of its versatility. It has spread into many sectors, including healthcare, transportation, and security. Artificial Intelligence is one of the fastest-growing technologies in the IT sector. In terms of professional growth, AI experts are in high demand across multiple industries. As AI becomes more widespread, it will influence not only business models but sales processes, customer service options, and customer behaviors as well. Although AI is currently making headlines for exceeding human capabilities in some activities, it has been a standard part of the industry since the 1980s.

Since AI is the very foundation of computer learning, it is crucial to our future. Using AI, computers can harness massive amounts of data and create optimal decisions and discoveries in fractions of the time that would be required by humans. From cancer research breakthroughs to cutting-edge climate change research, artificial intelligence is having a very positive impact on society.

Artificial Intelligence in Data Analysis - AI and machine learning can help in data analytics in many ways. AI algorithms have the ability to improve with iteration, and as a result, their accuracy, and precision, increase. AI can assist analysts in handling and processing large data sets. Moreover, it is faster and more scalable than humans at identifying patterns and insights that they cannot see without a lot of effort.

Artificial Intelligence in Transport - In the transport sector, the use of artificial intelligence has been around for decades. Airplanes have used autopilot systems to steer them in the air since 1912. An autopilot system controls a plane's trajectory, but it doesn't just apply to aircraft. Autopilot assists the human pilot in maintaining the right course while ships and spacecraft use it to keep their course. It assists them in heading in the right direction. In modern aircraft, a pilot typically works for seven minutes; the autopilot handles most of the steering, allowing the pilot to focus on a few other things, such as the weather and the plane's trajectory.

Artificial Intelligence in Home -  Smart home assistant devices such as Amazon Echo and Google Home, which react to voice commands, have become very popular in recent years. By just using the voice control capabilities of your phone, you can order groceries, play music, and even turn on/off the lights in your living room. These services rely on AI and machine learning, while both require Voice Recognition technologies.

Artificial Intelligence in Healthcare - AI has many benefits for the medical sector as well. AI aids physicians and scientists in various ways.
For e.g. In a collaborative project between Knight Career Institute and Intel, doctors are able to make better diagnoses using data from patient medical histories. In order to provide cancer with the most effective treatment at this time, prevention from higher stages is the best.

Deep Learning - Deep learning allows computers to learn by example, as humans naturally do. Developers are leveraging deep learning innovations to increase productivity. The scope and use of deep learning are increasing across a wide range of fields of Artificial Intelligence technology, including autonomous vehicles, computer vision, automatic text generation, and the like. The use of artificial intelligence is helping medical researchers too. Besides finding a cure for cancer, some organizations are using AI to improve telemedicine.

Facial Recognition - This technology has created groundbreaking advancements in surveillance. It uses the knowledge of a specific face to search a database for a match. However, this has to face huge criticism for breach of privacy.

Automate Simple and Repetitive Tasks - Artificial intelligence can perform the same task over and over without getting bored. To better understand this feature, let's look at Siri, a voice-enabled assistant developed by Apple Inc. It can process so many commands in a single day. In addition to improved efficiencies, automation could result in reduced overhead costs and in some cases, a safer work environment.

Chatbots - A chatbot is a software program that allows customers to provide audio or text input into a web page to solve their problems. Initially, these bots only responded to specific commands based on the words used. If you said the wrong thing, the bot didn't understand you.

Quantum Computing - Using quantum neural networks, AI is assisting in solving physics problems with the precision of supercomputers in the near future. This may lead to groundbreaking developments.

Cloud Computing - Cloud Computing is the next characteristic of Artificial Intelligence. With so much data produced every day, storing it physically would have been a challenge. With the help of artificial intelligence, organizations are becoming more strategic, efficient, and insight-driven. Additionally, if AI is implemented responsibly, it can benefit society.

Perhaps humanity's most complex and astounding creation is Artificial Intelligence. The AI field is still far from being fully explored which means that every amazing application we see is just the tip of the iceberg. As AI is growing rapidly and developing powerful capabilities, many fear that an AI takeover is inevitable. However, the advantages of artificial intelligence cannot be underestimated. 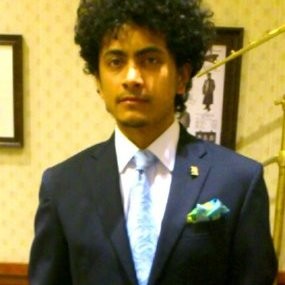 Surinder Rawat is the CEO of BootesNull a renowned Web Development Company based in India. He possesses almost 10+ years of experience in the IT industry. The way he leads the organization and projects is simply incredible as he always sets an example and motivates subordinates. He believes in simple planning along with great business strategy. With this, he loves to share his knowledge and write technology-related articles to help the newcomers. Appreciate a cup of coffee! 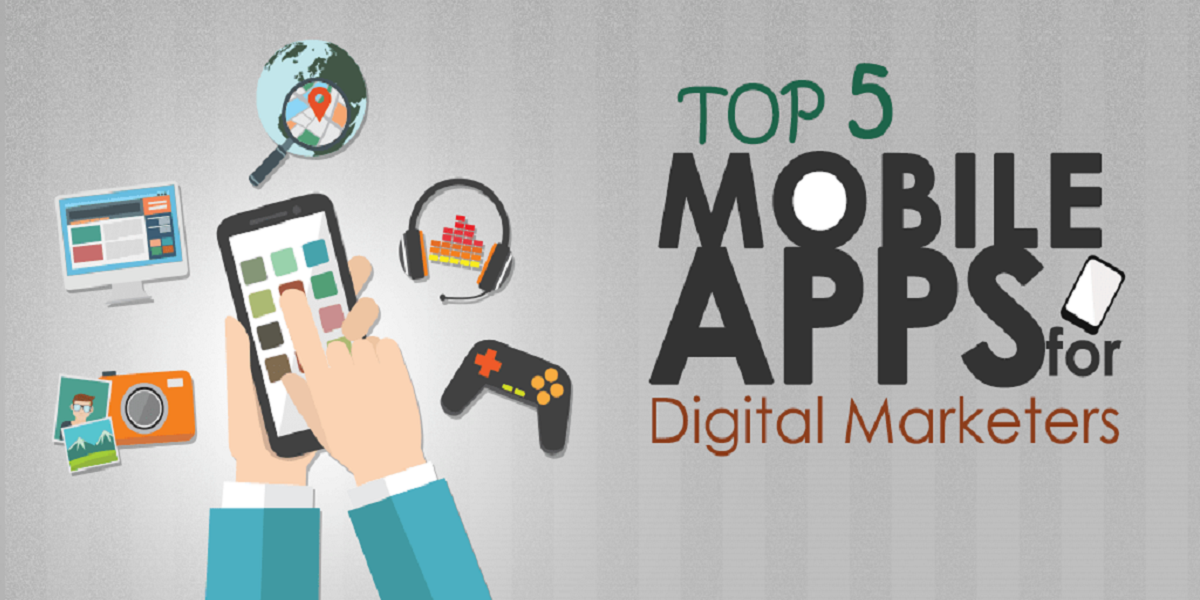 5 of The Best Apps For Successful Digital Marketing 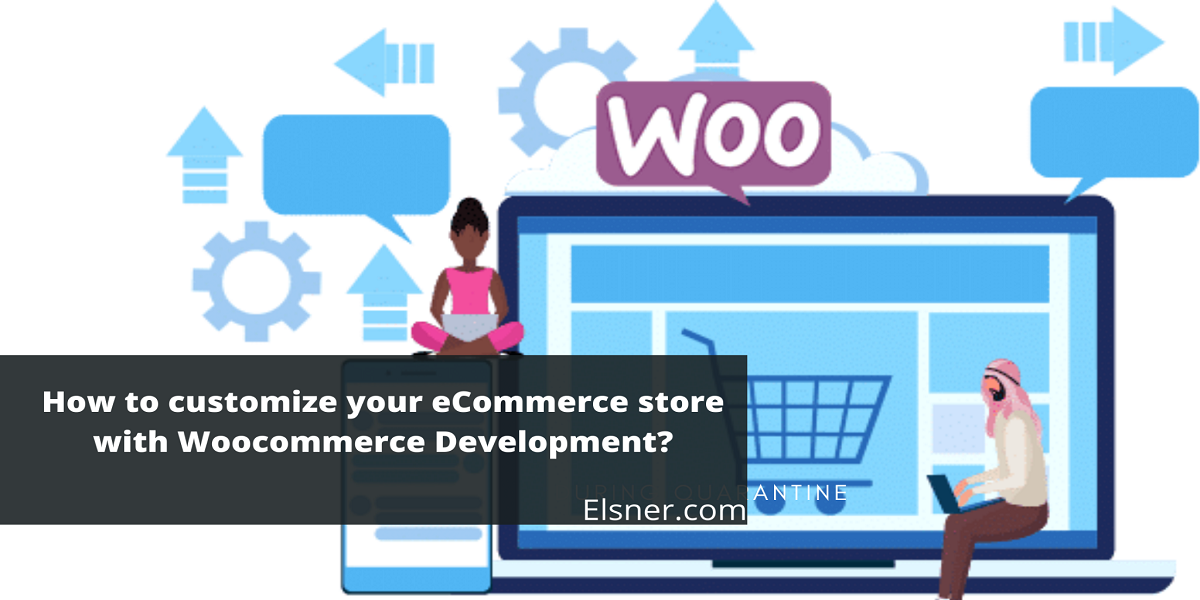 How To Customize Your Ecommerce Store With Woocommerce Development? 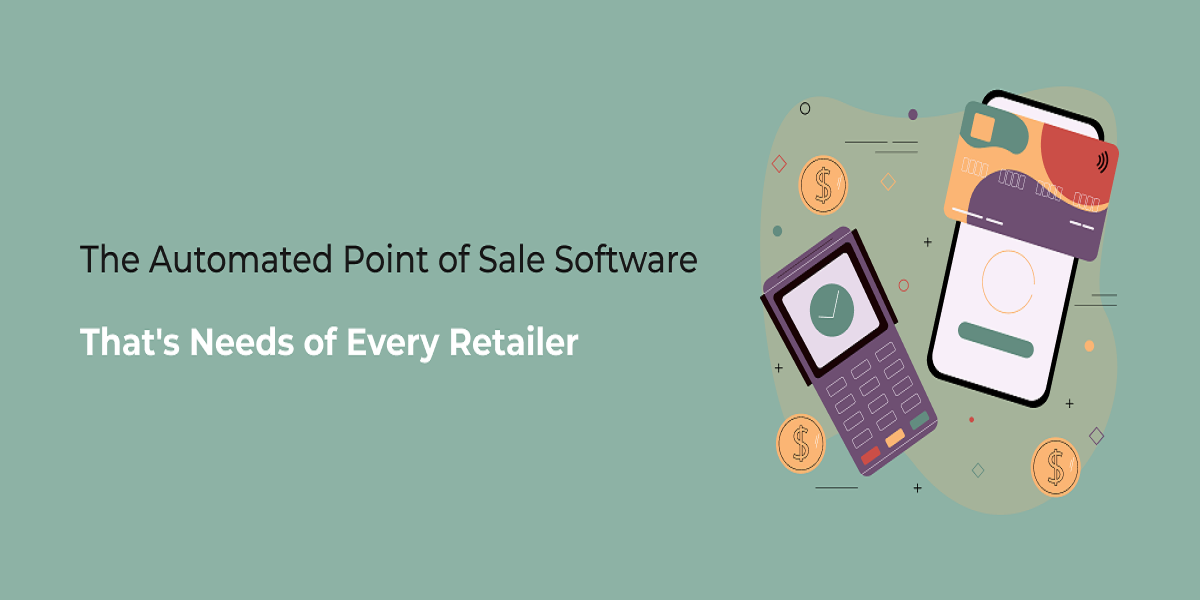 The Automated Point of Sale Software That's Needs of Every Retailer