How The Use Of Blockchain Smart Contracts Technology Replace Lawyers? 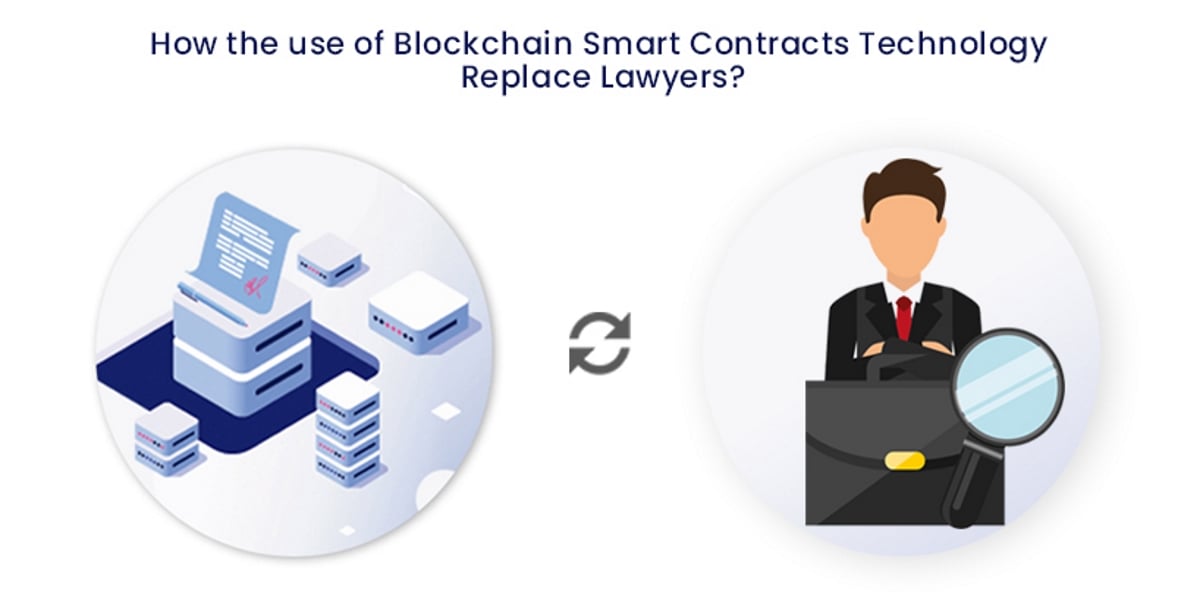 Blockchain technology is changing human interaction in the digital world. The existence of cryptocurrencies and smart contracts is gradually reducing the need for banks or other middlemen. And more importantly, the blockchain industry is continually looking to provide solutions within tech, finance, agriculture, real estate, healthcare, and other industries.
There’s a growing interest in smart contracts and smart contracts development from financial institutions and law firms. It has been widely alleged that smart contracts will take the place of lawyers and other professionals for some events, and possibly endanger available jobs owing to the elimination of the need for third-party intermediaries for certain transactions.
The fact that smart contracts are deployed on a decentralized blockchain makes them a favorite in various industries. Considering that a smart contract’s code on a blockchain is easily accessible by the public, any smart contract user who is technically skilled can examine the code to check that the smart contract will function as specified. Additionally, a smart contract’s code cannot be altered once it is installed. Therefore, users are only concerned with ascertaining the authenticity of the code and need not be concerned about any manipulation by the smart contract programmer or the other individual involved in the transaction. This ensures that transactions can take place clearly and straightforwardly without the need for third parties.
More about smart contracts
Smart contracts can automatically transfer digital assets, as well as ‘contracts’ based on determined pre-specified rules, as soon as all the parties involved have fulfilled their parts of the contracts. Lawyers are beginning to come to the knowledge that smart contract technology will become an inevitable disruptive force for the profession. Not only do Smart contracts outline the rules and penalties around an agreement in the same way that a conventional contract does, but they also automatically implement those obligations. Smart contracts employ software code to automate tasks, thereby reducing the time spent on drawing up contracts.
How can smart contracts replace lawyers?
To validate the claim that smart contracts are replacing lawyers, it is important to give a clear picture of the functionality of a blockchain-based smart contract. For instance, when smart contracts are used in conjunction with blockchain’s ledger (which enables the inalterability of the data), individuals can generate an incontrovertible, time-stamped and legally secure account of when a trademark or copyright is first used. Consequently, if someone else takes up registering the said mark, the evidence provided by the decentralized ledger would be used to influence the option in favor of the owners of the smart contract.
Smart contracts are also timesaving as they don’t need middlemen to prepare the contracts and verify them, making them smoother and cost-effective as they do not require payment fees to intermediaries.
To guarantee correctness and autonomy, smart contracts are not taken by the hand and can be set up between two individuals without the need for third-party verification. Consequently, smart contracts are much cheaper to implement than employing the service of a lawyer because smart contracts will only need a cryptocurrency payment to be set up and can be set up by anyone with programming language knowledge.
There are two crucial qualities to smart contracts that make them valuable; they are immutable and distributed. Because they are developed by smart contract development services on the blockchain network, the underlying code for smart contracts is almost impossible to tamper with. As soon as the smart contract is formed, it cannot be altered, and since the output is authenticated by all the individuals on the network, a single individual cannot push changes to the contract because others will see the bid and flag it as invalid. Smart contract development allows all the parties involved in a certain transaction to put their trust in a contract that will meet every expectation promised.
Also, there are quite a few parts of dispute resolution that can be improved by smart contract development. It is a fact that conventional dispute resolution is expensive, time-intensive and multifaceted. Proceedings often leave jurisdictional borders, and there may be a form of bias. To reduce the effect of situations like this, during blockchain smart contract development, sections that foresee these types of problems are added to the code.
Interestingly, companies are already employing smart contracts based on blockchain technology and juries to put an end to disputes.

It might be expressed that the incorrect set up of a contract or the event that the two parties involved in the transaction have agreed to change terms may serve as a huge challenge with smart contracts as the codes are irrevocable. However, blockchain smart contract development services are looking to assuage this challenge by ensuring that developers make certain that the initial code contains modifications that can assist with predictable incremental changes that might need to happen. Although the implementation of obligations between the two parties will still occur, if there’s any discrepancy concerning the terms or clauses in the contract, with the projected amendments, the legal wrapper would take precedence if a conflict of interest arises, or a failsafe could be utilized.
Conclusion
Smart contracts offer the highest form of safety for all data that is included. They cut down the occurrence of scam or manipulation. In a digital world that is looking to provide more clarity and data security, smart contracts are timesaving, cost-reducing, and embody resourceful virtual solutions for transactions. Even though they may not replace lawyers yet, nor for the foreseeable future; they are receiving global acceptance from individuals in the legal industry and are poised to disrupt this industry. Smart contracts may also alter the way lawyers operate in and across firms. Despite the fact some critics have gone as far as to imply that lawyers will have to know how to code smart contracts in the future, this is quite unlikely. The more likely situation is that products and services will be developed to allow lawyers to integrate smart contracts into their work without really knowing the technical jargon.

This is Sam Lambert, a marketing expert at Errna. Being an expert in the field of blockchain, cryptocurrency and marketing, I have been proficient in the field at the post of Marketing Manager for Errna, which offers a simple and effective solution for blockchain requirements. Our solutions and services at Errna are equipped with top-notch security measures to give our clients the safety, security, and privacy that they deserve. I am an inquisitive professional an love being technological aware. 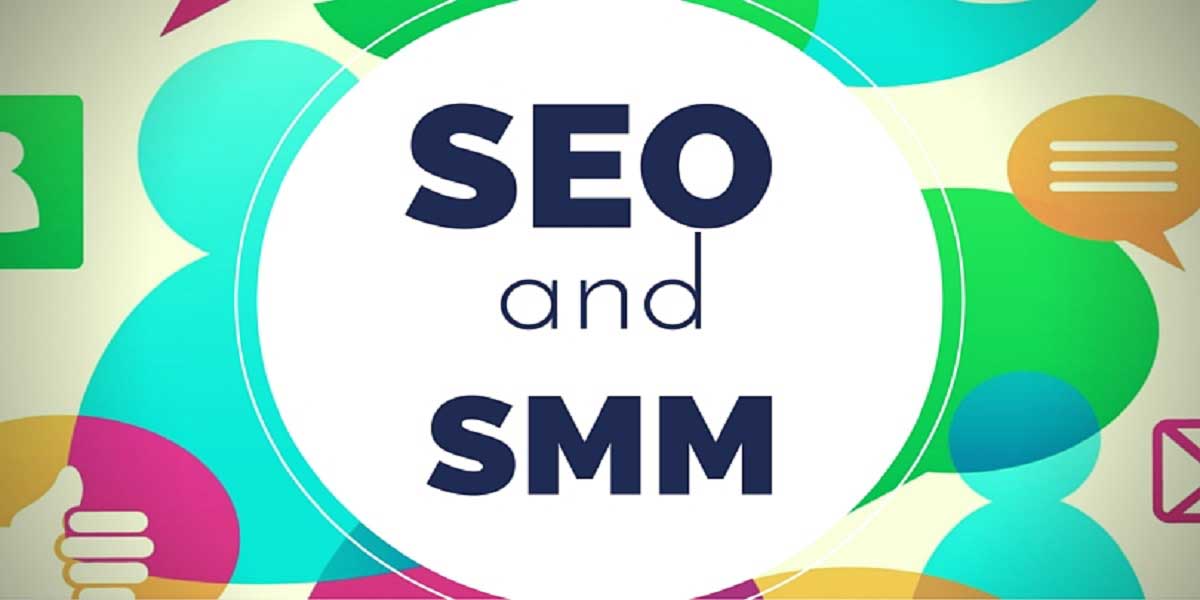 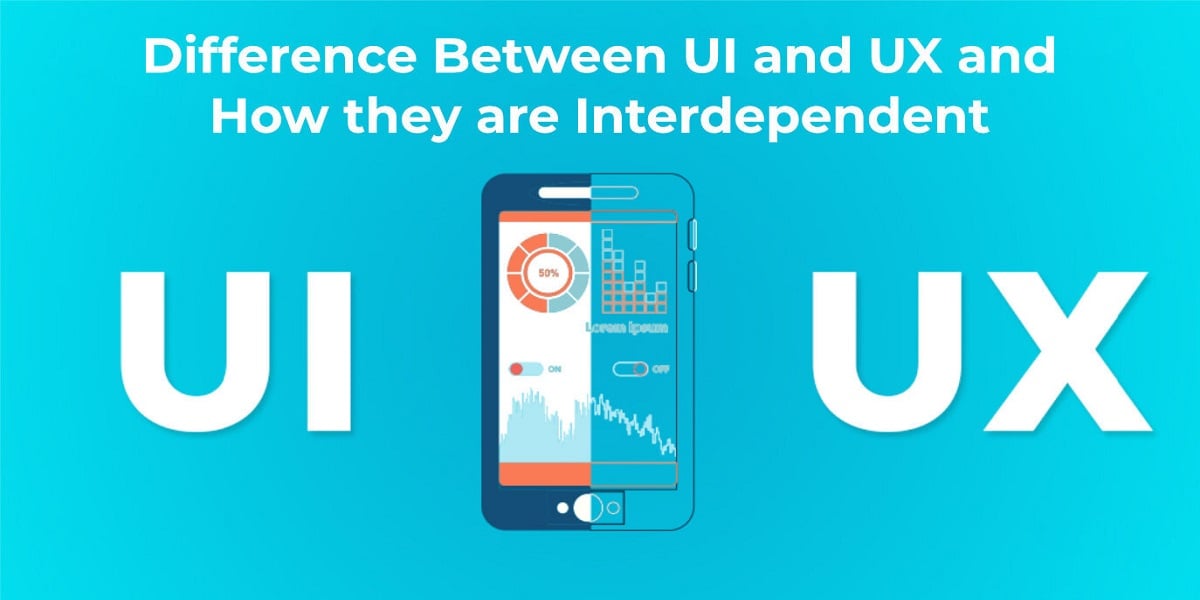 Difference Between UI and UX and How they are Interdependent 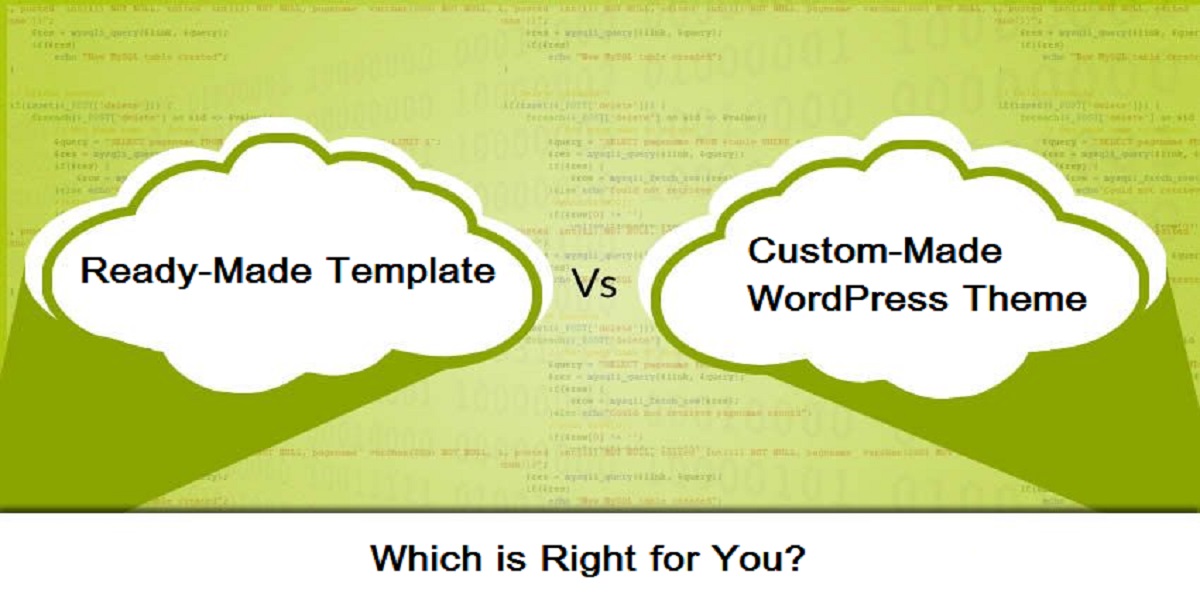 Ready-Made Template or Custom-Made WordPress Theme: Which is Right for You?